All Books and E-Books published by the Seerah Foundation. For Muhammadﷺ Encyclopædia of Seerah visit this page.

The books on Islam that Afzalur Rahman has written have all been digitised and the E-Books are available on Amazon Kindle, Apple Books, Rakuten Kobo, and Barnes & Noble / Nook.

You can find links to all versions of our ebooks below. All remaining printed books are available to buy at a discounted rate, with all funds generated being used in our projects to transform lives. 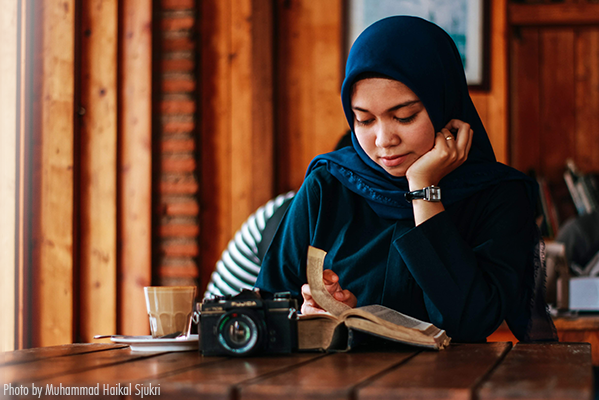 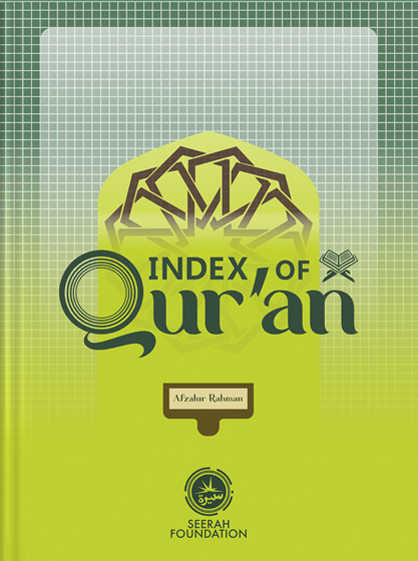 Index of Qur'an is a 466 page book that organises, by subject, the book of Allah, to make searching for specific topics easier.

The revised digital version of this book enables the Qur'an to be studied in the most convenient and accessible way. 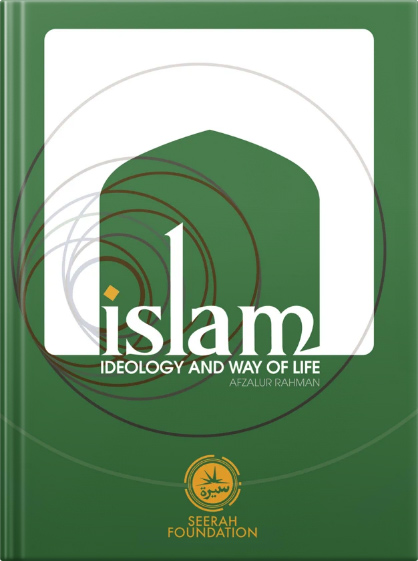 Islam: Ideology and Way of Life

Islam: Ideology and Way of Life, by Afzalur Rahman, was originally published in 1980 with a revised second edition published by the Seerah Foundation in 1988. The book gives all the basic information about the faith of Islam, and how it brings about virtue, goodness and peace in the lives of people. 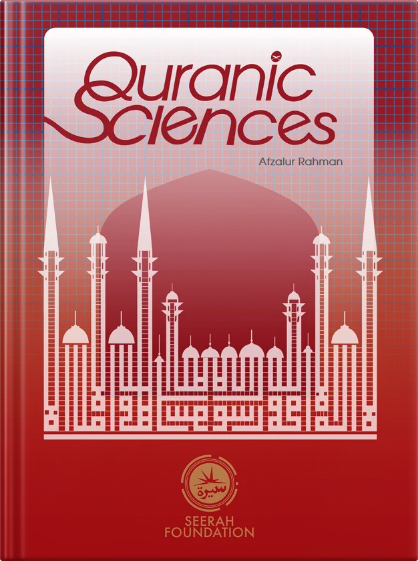 This book introduces everyone to the wealth of knowledge that sprang from the teaching of the Quran and influenced human studies and culture in diverse ways that has led to scientific inventions and growth of knowledge in the Muslim world between the 7th and 14th centuries and brought about the Renaissance in Europe and introduced the Europeans to the fundamental elements (i.e. knowledge, enquiry, reason and freedom) which opened the door for modern scientific inventions. This book establishes that Quran and science are two aspects of the same truth and there is no contradiction between them. 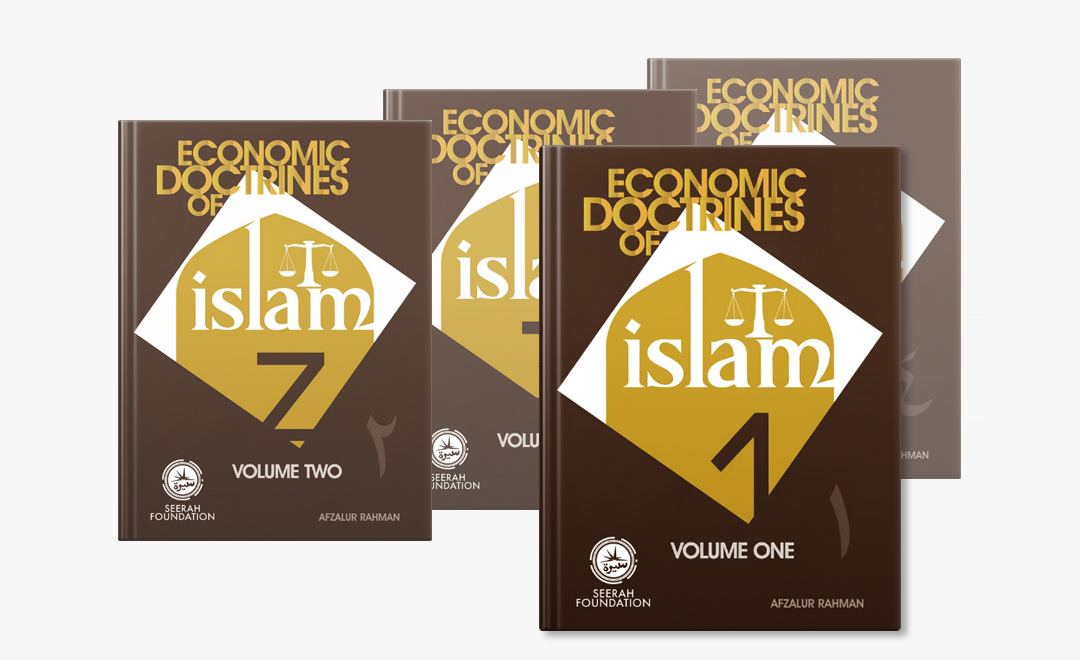 First of a 4 Volume series "Economic Doctrines of Islam" by the economist Mr. Afzal-ur-Rahman. The author has discussed in detail all the aspects of the Economics of the present age in the light of Islamic teachings. He has also discussed the prevalent Economic systems of the modern world, analysed them to the Economic system of Islam.

The Second volume discusses the problems involved in determining the shares accruing to the various factors of production.

The Third volume explains the modern theories of interest and presents the Islamic Theory of Zero Rate of interest. It also discusses the system of Zakat and the Law of Inheritance and their place in the Islamic System. 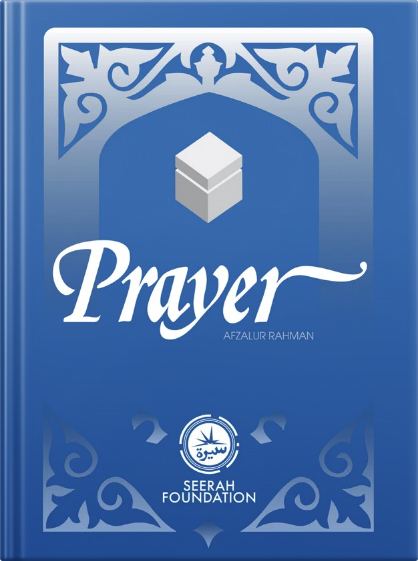 Prayer is the most important pillar of the Islamic faith. This book details the significance of man's relationship with his Creator, and between fellow human-beings, and the requirements to perfrom the prayer. It emphasises and explains the aspects and benefits of prayer to man and society including personal, physical, moral, social and spiritual. It demonstrates the rational and logical balance between spiritual and material life. This book is ideal for muslims, non-muslims, converts and youth who want to expolore and understand the logic and significance of prayer. 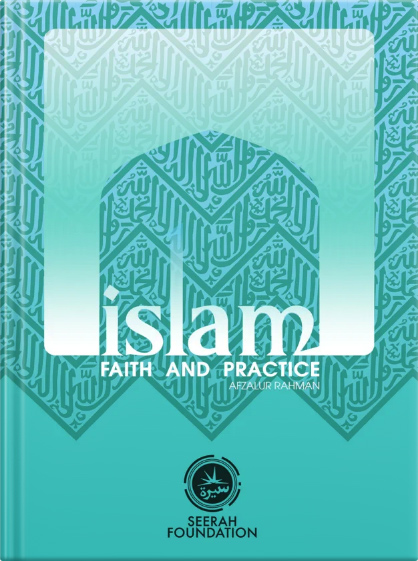 This book is written for the benefit of the younger generation and provides answers to the questions, "Why should I become a Muslim? Why should I come into the fold of Islam? What new things can Islam give me which other religions fail to give?" The book is designed to provide them with basic information about Islam and its various aspects and help them to understand the real significance of its beliefs and practices and how these relate to its principles and concepts. To explain the meaning of Tawhid and to enable them to understand their position in relation to their Creator and the environment. 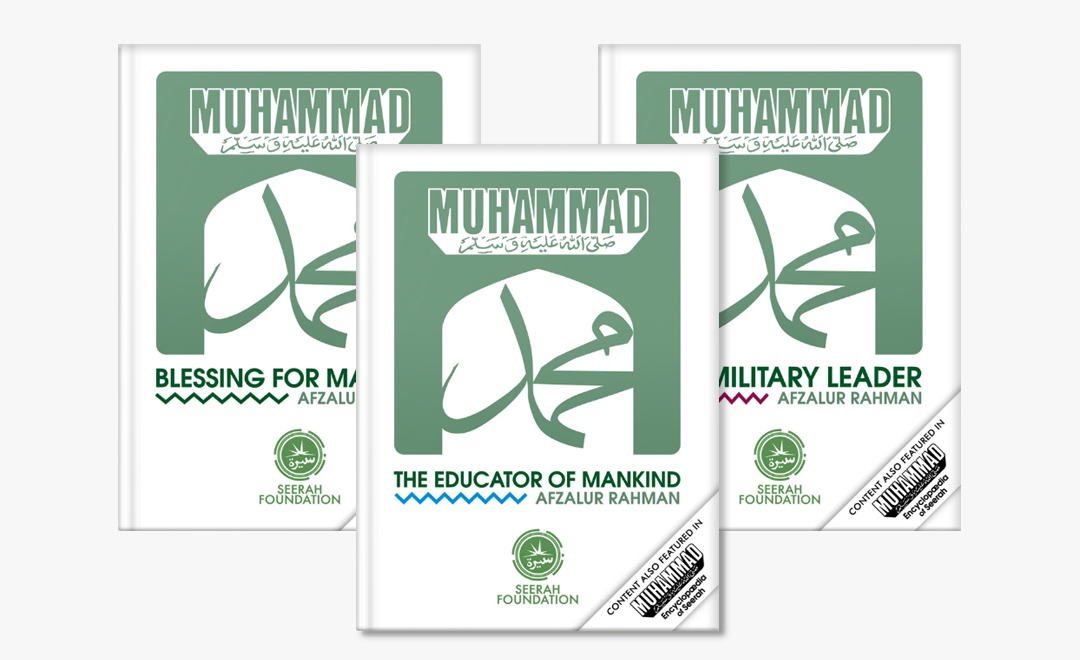 Muhammad's life is a perfect model and example for people to follow to attain goodness, piety, and success in their individual as well as social life. People can seek light from his message and guidance from his life. These are the 2 eternal sources of guidance for men and women in their struggles to achieve perfection in their moral, spiritual and social areas of life.

This book provides a brief picture of the educational contributions of the Prophet Muhammad (peace be upon him) to human culture and civilisation. It analyzes and demonstrated how his teaching influenced his own people, the Arabs, who within a couple of generations not only became a great political force but also acquired the leadership of the world in every area of human life.

Muhammadﷺ as a Military Leader

This book presents the Prophet as a military leader and shows how successfully he led his men through the hardship of war and adversity and won complete victory against all his enemies and established peace, goodness and justice for the first time in history in the Arabian peninsula in less than a decade. 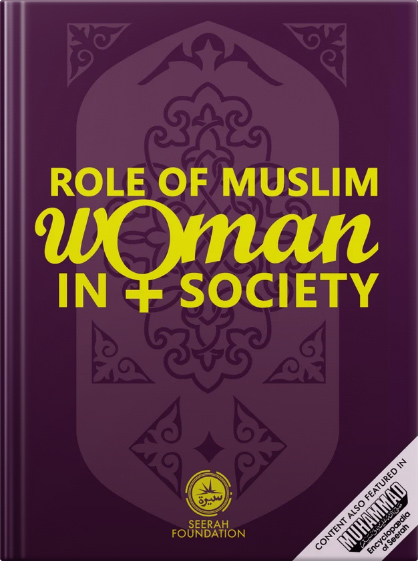 Role of Muslim Woman in Society

In this book, an attempt is made to describe the possible role of Muslim woman in a modern society in the light of the Qur'an and of the Sunnah of the Prophet Muhammad. In this respect, special consideration will be given to the effect of natural factors on the respective spheres of operation of the sexes; woman's position and status in society, and whether the respective roles of the sexes have any influence in determining their status and role in society. 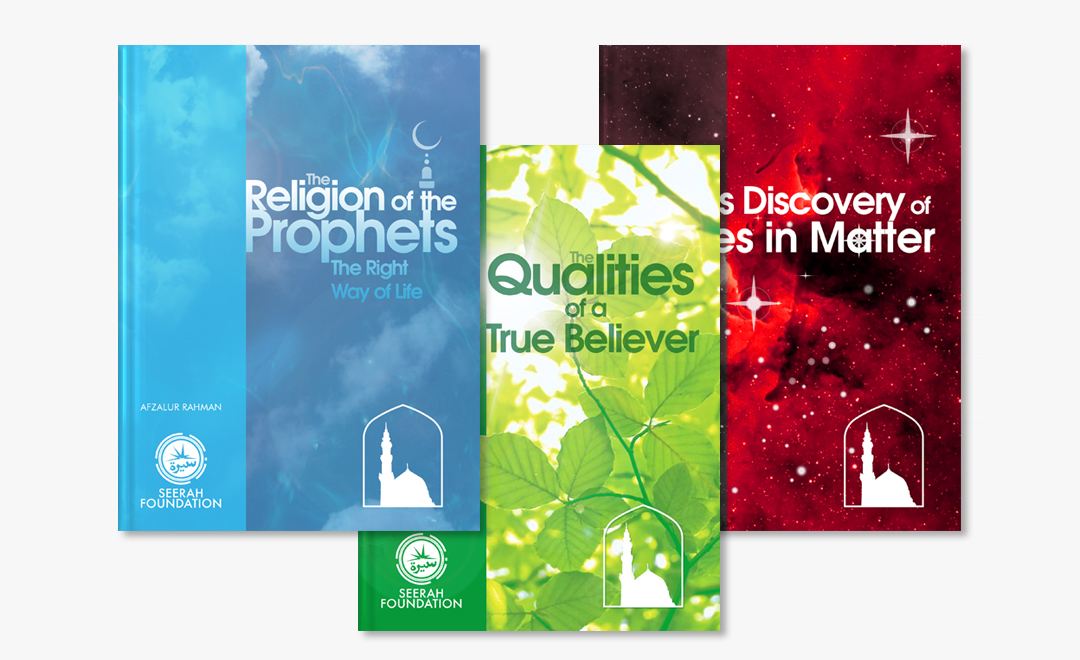 The Religion of the Prophets

God sent His Prophets to all lands and to all nations in order to guide them to the Right Way of Life. The Prophets convey God's Message and clearly explain the Right Way of their Lord to them. Then it is left to the people whether to accept their call and obey them and lead righteous and just lives.

This commentary was published in 1991 and is now available here FREE of charge.

NASA's Discovery of Ripples of Matter

The discovery in 1993 by NASA had created excitement among the scientists and attracted great attention because it raised universal questions in the minds of the people. Where do we come from? Why are we here? What will be our final destiny? Questions as to the beginning of the universe, which are most satisfactorily answered by the Religion.

This commentary was published in 1993 and is now available here FREE of charge.

The Qualities of a True Believer 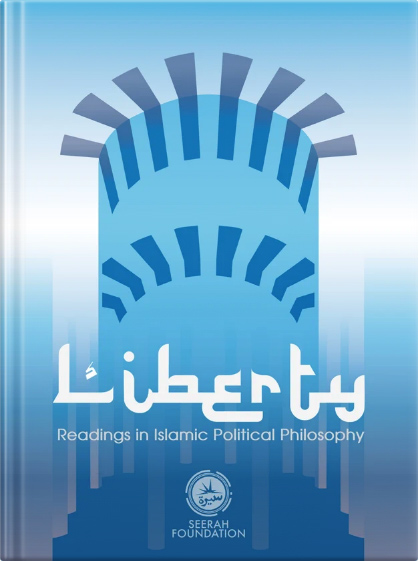 The object of writing on the subject of the political philosophy of the Prophet Muhammadﷺ is to show mankind how the Prophetﷺ initiated the movement of liberty, equality, fraternity and justice in the Arabian Peninsula and how it gradually spread to other countries of the world; and how this seed-pot of learning, sown in the fertile plains and valleys of Spain by the Arabs circulated unimpeded for centuries throughout the peninsula of Spain and the South of France. Then from there it radiated to the rest of Europe and across the Channel to England. Thus manifold influences from the civilisation of Islam bathed European life in their radiance in diverse ways. 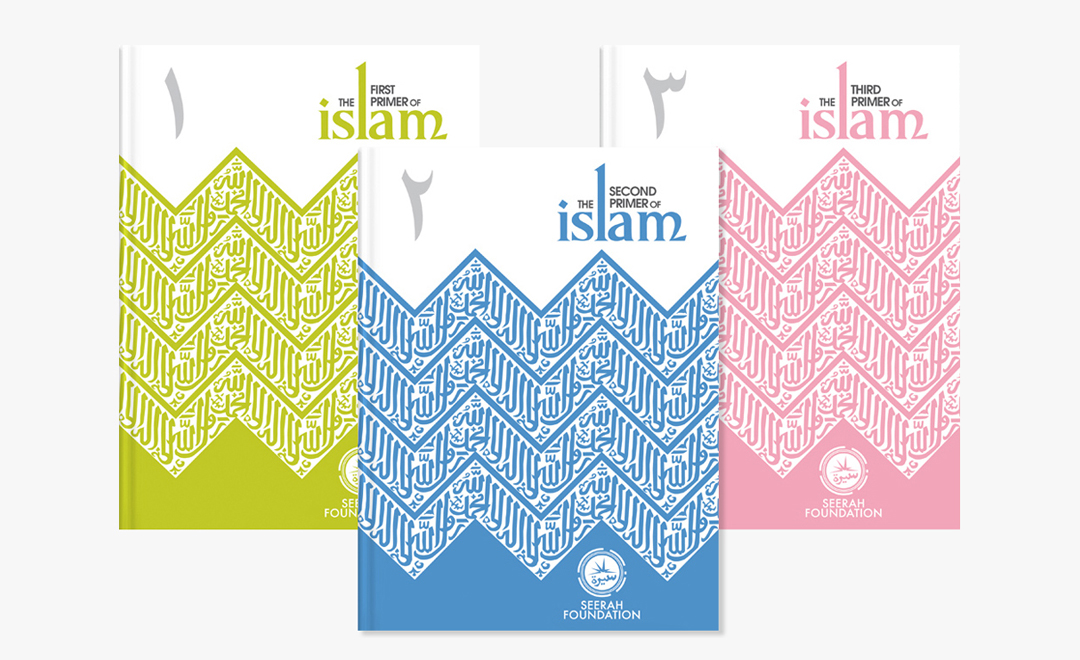 The 3 Primers of Islam

Get the latest news in your inbox. About Seerah Foundation, and our work to transform communities, provide Islamic education, and livelihood programmes.

Whoever takes a path upon which to obtain knowledge, Allah makes the path to Paradise easy for him. [Tirmidhi:264]